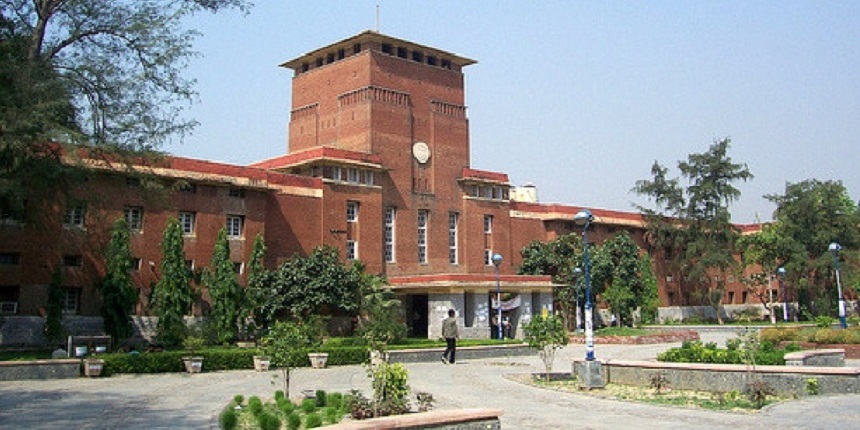 NEW DELHI: The University of Delhi (DU) plans to recruit around 800 teachers before the next academic session to bring down the faculty-student ratio to 1:13 from the existing 1:25. As per its Institution of Eminence (IoE) proposal, to address the problem of faculty shortage, the university plans to make ‘suitable’ amendments in its faculty recruitment regulations to allow recruitment from industry, government and non-profits.

Delhi University hopes to have 1,706 teachers for about 25,000 students, a pupil-teacher-ratio of about 14. The present faculty-student ratio ranges between 1:25 and 1:30. As per a letter sent to the Executive Council of the university by its deputy registrar, the university administration has already initiated the process of filling the vacant positions in various departments. “It is envisaged to complete the process before the start of the next academic session. These appointments will lead to a faculty-student ratio around 1:11,” the letter reads.

A low pupil-teacher ratio is crucial for attaining high places in international university rankings – the main goal of the Institution of Eminence programme.

The university has also planned to recruit teachers from industry, government and not for profit organisation and foreign faculty in a bit to improve faculty strength and quality. The Delhi University Teachers Association (DUTA) has taken a dim view of this. The association has been on strikefor over 80 days for the absorption of ad-hoc and promotion of permanent teachers. There are over 4,500 ad hoc teachers in different colleges of the university.

In December last year, the Union Ministry of Human Resource Development (MHRD), University Grants Commission (UGC) held a meeting with the varsity administration to end the protest by addressing the demand of the teachers.

The letter to EC states: “The University is in the process of making appointments of the faculty members based on an advertisement of about 800 vacancies. These appointments are expected to be completed before the next academic session. This will take our University faculty strength to 1,706 for about 25,000 students. It makes our Faculty-Student ratio equal to —1:13. Subsequent to the loE, we expect our faculty-student strength to reduce much further and achieve better than expected ratio of 1:10.”

A row has also erupted over one of the proposals under the IoE scheme, where the university plans to construct housing for 5,000 students under the public-private- partnerships (PPP). It is being argued that the fee structure of these hostels will be much more than the exiting hostel fee, placing them beyond the reach of the common student.

Presently, the university has student residential facilities for 3,522 students, or 6.5 percent of the total student strength. The proposal states that to attract the best students and faculty globally, the University of Delhi must offer a wide range of amenities and services to serve the students’ and faculty’s personal and academic growth and development. The proposal says: “It is intended for these facilities to be managed by professionals by following modern managerial standards. We would also explore bank finance or public-private- partnerships (PPP) for these facilities.”

One of the faculty members of the University, Rajesh Jha criticised the move of the administration. He wondered on social media whether DU will “run PGs in place of hostels”.